Employees' State Insurance Cooperation widely called as ESIC, has released recruitment notification for UDC and stenographer across India. ESIC has already invited applications from candidates all over the country. We hope all of you applied for ESIC UDC recruitment 2019 and have started your preparations towards upcoming examinations. Because of the national wide recruitment drive, the competition among the candidates will become more difficult. So aspirants have to do extraordinary preparation along with proper practice. For that we have provided ESIC UDC mock test 2019, to score more marks in ESIC examination. Along with ESIC UDC mock test we have given high-quality ESIC mock test.

ESIC is one of the familiar government organizations which have released state wise vacancies for UDC and Stenographer post. Aspirants have applied for ESIC UDC Recruitment 2019 before participating in the recruitment selection process all of you get the entire detail about the vacancy split up, selection process, job profile and other details of the recruitment. For that candidates have to go through the ESIC UDC Official notification pdf 2019.

ESIC has released enamors number of vacancies across India for UDC and stenographer post. Here we have provided state wise ESIC UDC and Stenographer Vacancies 2019. Candidates can utilize the below mentioned the vacancy details for their better understanding.

ESIC UDC and Stenographer cut will be released after 30 to 40 days from the exam date and it will be separate for each state UDC and Stenographer Vacancies. Candidates can avail the vacancies which are allocated for their category if anyone wants to avail the category vacancy and age relaxation must have to submit relevant document during document verification. We will update the ESIC Cut off 2019 after ESIC officially releases it.

We hope our ESIC Mock test and other details about the recruitment will help you to understand about the recruitment. To score more marks, aspirants have to undergo a practice session along with preparation. For that our ESIC Online mock test will help you to realize the exact experience of the ESIC UDC Exam 2019. So candidates can try our mock test to get the problem-solving skill, time management and accuracy to score more marks in ESIC UDC Examination 2019.

Practicing with Mock Tests is must essential for everyone to boost up your Sectional & Overall scores. So for that, Mock Test should be available as per the updated syllabus and exam pattern. Here we have provided the updated Mock Test Series.

After the completion of every test you will get the detailed exam analysis. The exam analysis will be available in the form of Pie chart & Line graph in the view of user friendly. So that you can analyze your stronger & weaker section very easily

Have you taken your free test?

Sign Up and take your free test now! get started free 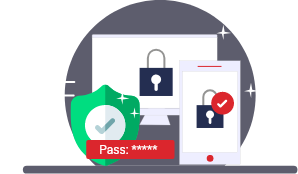 Have you taken our free mock test yet?

Enter your email ID and phone number to get a link to reset your password.

Please enter the email address for your account(s). We will send you an email containing further instructions.